This is the third part of a historical overview of how we as Americans came to be the society that we are today…Remember, people, nothing comes from nothing; everything is related and we are all the product of a linear progression of the generations that preceded us…. In Part 1 we delved into the true origins and birthplace of our modern day society, the Golden Age of Greece…Most people don’t like history, because to them it is all old and dusty dates of days gone by and people long dead and buried, but there is a direct connection between then and now we would be foolish to ignore…As the old saying goes “Those who do not remember history are doomed to repeat it.”

In Part 2, we found out that it was the Europeans, specifically the Italians, still reeling from the shock and devastation of the black plague, which killed an estimated third to a half of the population of Europe, who launched the Renaissance, which was quite literally, a rebirth…The survivors wobbled to their feet, and in defiance of the death which had surrounded them at every turn, and in their triumph of celebration and affirmation of life, they launched a golden age of their own, the Renaissance, heavily based of the teaching of the ancient Greeks which they rediscovered from the Golden Age of Greece…

The evil ones amongst us, the lazy arrogant ones, want to take the shortcuts to power and domination over the rest of us, but they too are still driven by the same biological imperatives, the same basic human drives for food, shelter, and to live the good life as everybody else…So what exactly WAS going on in the Renaissance? How did these people break with tradition to forge a new way of looking at the world from their forefathers? It is a secular rather than a religious viewpoint…. 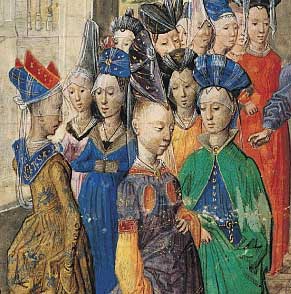 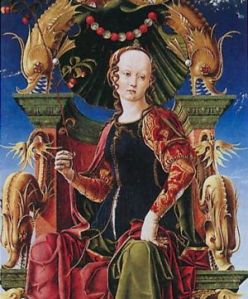 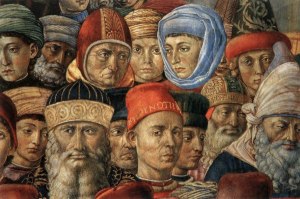 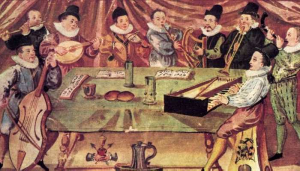 According to my Google sources: The Middle Ages of European history was a time characterized by conformism. People who displayed creativity or diverged (moved away) from established methods of thinking and behaving, were often punished or outcast from society. Until the Renaissance, most Europeans followed the teachings of Catholicism because they had little exposure to any form of education beyond this.

Science was not a well-understood concept and very little of what the Church taught people about life was challenged. Those who spoke out against the Church were accused of heresy and labeled a heretic (someone who holds unorthodox beliefs). Heretics were often subject to extremely severe punishments, such as being tortured or burned at the stake in front of the townspeople.

During the Renaissance, however, things started to change. The 14th through the 16th centuries in Europe were a period of questioning and discovery. People started to think independently and experiment with new ideas and concepts. As more and more advancements were made in the arts and sciences, the Catholic Church began to lose the overwhelming power and influence it had once held over people’s beliefs about the world. 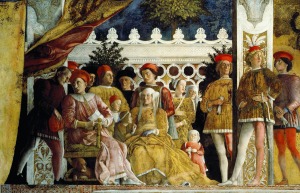 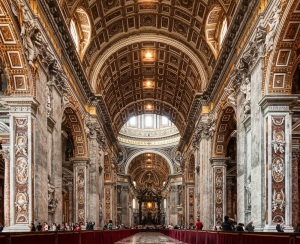 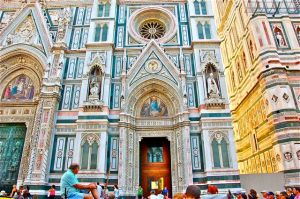 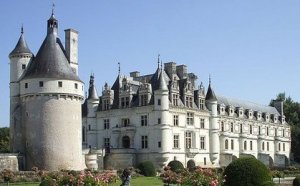 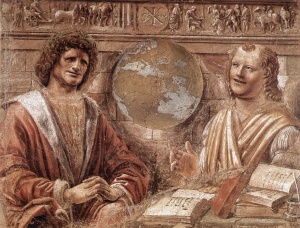 “The Renaissance was a time of great social and cultural change in Europe. It was a period characterized by innovation, imagination and creativity. The Renaissance was also a time during which Europe’s classical past was revisited and reinvigorated. Much of the inspiration behind cultural movements of the Renaissance came from people’s attempts to emulate (imitate and improve) the legacies of classical European societies, such as Ancient Rome and Greece.

The Renaissance also represented a break away from the conformist society and culture of medieval Europe. A conformist society is one in which people strictly follow established rules and practices. Breaking away from this mold, the Renaissance was a time during which new and inventive ideas began to spread and gain influence. Gradually, this decreased the dominance previously held by the Catholic Church.

The most notable changes experienced during the Renaissance were in the fields of art and architecture, literature, philosophy and science. In was in these disciplines that new trends and fresh styles emerged, inspired by Europe’s ancient history. Unlike the artistic styles of the earlier Middle Ages, which placed more importance on symbolism than reality, Renaissance art was more life-like and contained perspective.

Painters began to depict the human form with increasing accuracy, which was enabled by a better understanding of human anatomy. This anatomical knowledge was gained from advances made in the field of medicine during the Renaissance period. Much of this new knowledge can be attributed to the pioneering Renaissance figure, Leonardo da Vinci, perhaps the prime example of the true Renaissance man. 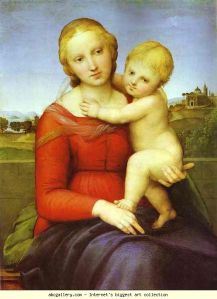 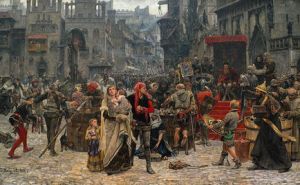 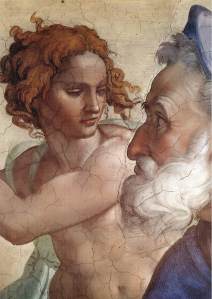 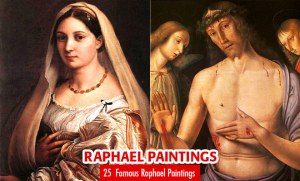 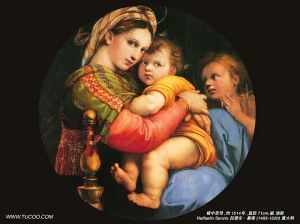 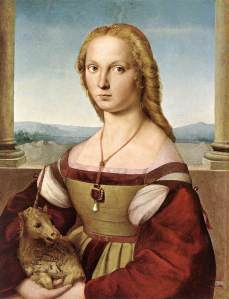 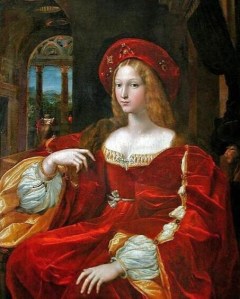 The Renaissance was also a time of great literary change. Writers and poets looked back to the poems and texts of Ancient Greece and Rome. Renaissance literature dealt much more with human characteristics and behaviors, shifting away from the religious and metaphysical subjects of earlier Medieval books, poems and plays. With the invention of the printing press in the 1440s, information suddenly became much more accessible to the general public, which had a huge impact on the field of education.

Philosophical trends also changed during the Renaissance. New ways of thinking, sparked by a philosophy known as humanism, altered the way in which people thought about human beings and the universe. During medieval times, the Catholic Church had been the major force influencing people’s thoughts and beliefs on these matters. Unlike the Catholic faith, however, humanism did not promote the notion that humans are naturally sinful and it also placed a lot of emphasis on finding reason.

With the spread of humanistic thought, the medieval emphasis on spirituality was gradually replaced by a focus on the more physical characteristics of humans. The field of study now referred to as the humanities (history, social sciences, the arts, literature and languages) is derived from the term humanism. The philosophical changes which occurred during the Renaissance also paved the way for another shift in thinking that was experienced in Europe at the turn of the Modern Age. This later revolution was known as the Enlightenment. 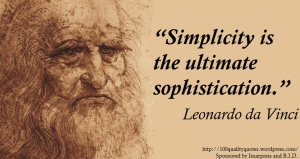 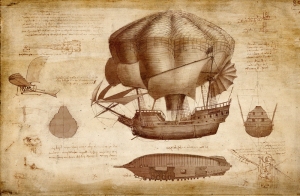 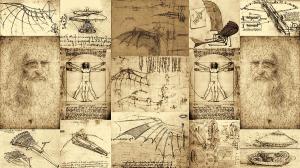 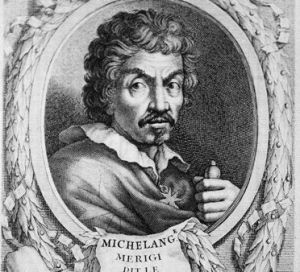 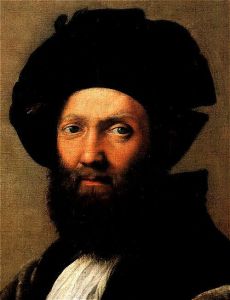 Science and engineering were other fields that experienced major changes during the Renaissance. Many new and exciting discoveries were made, mainly in the areas of anatomy, astronomy and physics. Breakthroughs in engineering also paved the way for many of the world’s most significant inventions, such as telescopes, clocks and spectacles. Pioneering Renaissance scientists and inventors included Galileo Galilei and (momma, there’s that man again) Leonardo da Vinci.”

From art to literature to philosophy to science, the Renaissance proved to be an extremely fertile time period…Many of our greatest works of art sprung from the minds of Renaissance men like Leonardo da Vinci, inventor, painter sculptor, a man for all seasons….Politically evil, or ultimately pragmatic, as you choose to see it, Machiavelli published his famous book “The Prince” about the power politics of the time….Raphael was a fabulous painter, famous for his Madonna series of paintings, and Michelangelo was also a classically great painter and sculptor….Mostly, people began to think for themselves… 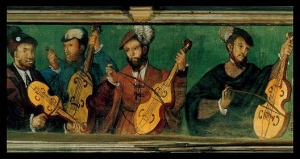 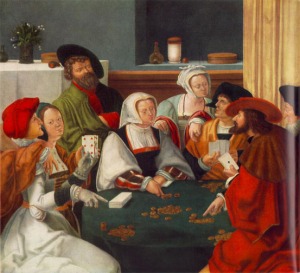 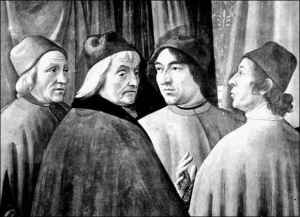 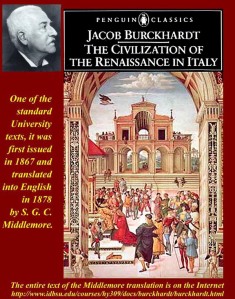 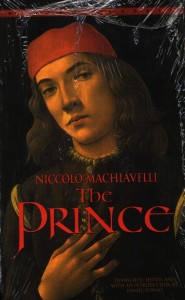 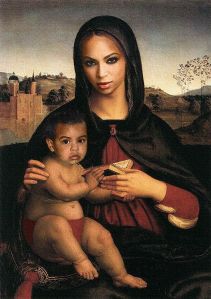 You can pick and choose about the influence of this person or that one, but ultimately if you study the Renaissance even a little, you will be overwhelmed by the individual brilliance, talent and creativity of it’s leading lights…The shift in thoughts, attitudes and beliefs in the Renaissance paved the way directly to our modern world…With all it’s own specific modern twists and turns, of course, which we will explore more tomorrow….

But I guess basically, that old saying really is true: “The more things change, the more they remain the same.”

For more articles by John Whye, click on http://www.johnwhye.com