I just reread one of the best books I have ever read, and we baby boomers like to read a lot, the book was called simply: “Life” by Keith Richards, of the Rolling Stones….It is mostly an autobiography, and I am sure it is ghostwritten, of this incredible hard charging, very talented guitar player and supreme survivor of the drug wars, the legend of Keith Richards as the ultimate rock and roll party boy, and how his legend grows and is renewed every time he still wakes up every morning…Keith Richards is an acknowledged and well deserved juke box hero….

But there was a part of the book that i found unusually touching to read, as Keith grew up mostly poor in a working class neighborhood kid in the stratified, ossified overly stuffy and class conscious layers of English society in the mid 1940’s, and had to fight through the school bullies and arrogant English class system to find his own place in the world….

Keith’s exposure to and love of music was engendered and became possible through his grandfather, who was a musician himself, and who always encouraged him, and gave him his first guitar when he was around 10…But this blog is not so much about Keith Richards, whose life as a wealthy, successful rock super star in the Rolling Stones is well known and documented….

No, the part of the book i found especially relevant and inspiring to me was that part in the book where Keith paid tribute to his father, who never aspired to be the international rock superstar his son became, but was content just to go to his job in a factory every day…

Keith’s theory about this was that because his father had grown up during the Depression, his idea of ambition was to find a job, get the job, and then hold onto it, just going to work every day…

Keith Richards father was a Working Class Hero!…It wasn’t that his father wasn’t ambitious, he just defined ambition in a different sort of a way…. His father was very ambitious, by his own standards, because his father’s main ambition in life was to hold onto his job, so that he could provide for his family, and that part of him resonates deeply within me… 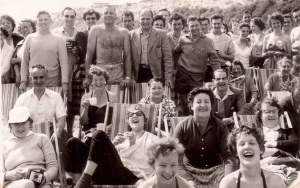 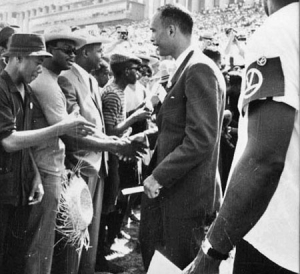 I too consider myself a working class hero, I have worked all my life, I have been a single parent, and have had my share of sleepless night stressing over money matters….But I can truthfully say that I never lost sight of the importance of always having a roof over our heads, food in the fridge and paying off all the bills, whenever you could, the best you could…

I recognize and salute people who have had it a lot tougher than me, and there are many, but most people who are working class heroes generally don’t make a fuss about it, it is just part of our internal makeup, the way we view life, the way we cope with problems and deal with the inevitable setbacks and occasional rewards….

When you are not born rich, with a silver spoon in your mouth, or well off, things are very different….For the vast majority of people all over the world, life is a struggle against poverty, illness and death….It is like a war within each of ourselves to go out and do the right thing, to be responsible, to not let our weaknesses drag us down, or most especially not to drag our families down with us…

It is not easy to get up every day and trudge off to some dreary, low paying, physical labor job that you hate, but you do it anyway for the sake of your family, like Keith Richards father did…. 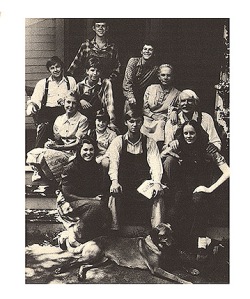 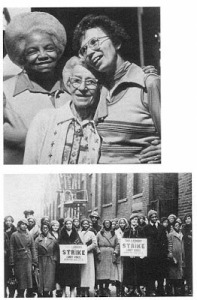 Day after day, month after month, year after year, and the time passes by ever so swiftly, but you always know that as long as you keep responding to that damn alarm clock and drag your exhausted sleep deprived body out the door and get to the job you hate on time, one more time, one more day, just take it one day at a time, that you will have done your part….

That is the beauty and irony of that kind of life, but it ain’t easy being a working class hero!…A wise man once said 90% of life is just showing up….

But you never think of yourself as a hero of any kind, ever, while you are doing it; you are totally absorbed in the work, and it just becomes not only a part of your life but a way of life, a means of survival in this concrete jungle we call society….

I have often wondered what it must be like to be one of those people who love their work, who do worthwhile things like save lives every day, like doctors or nurses, or like scientists who invent wonderful new things to better the welfare of everybody, or discover a cure for cancer, or who work with truly needy, sick people in day care or elder care….

But I have never had a job like that, and I don’t think most people ever do…For most of us it is just a matter of putting one foot ahead of the other and slogging our way through the muck and mire of everyday work life that consumes so much of our time, our energy and our passion for living….We struggle to save up that passion and energy for love of our families, since we know we will never be able to save up any money….

It is not an easy thing, this kind of life, to be an anonymous working class hero, to be overlooked or taken for granted by everybody but your family, but the point is you do it anyway, because it is the right thing to do….

And there is a definite reward in that too, and it is not measured in money, or social status, or fame…It is measured in love….There is nothing wrong in being a juke box hero either, you can bring joy and pleasure into other people’s lives, like Keith Richards has done for so many… But most of us will never have that chance, so we need to make the most of whatever hand we are dealt in life……..

John Lennon wrote a song called Working Class Heros, it opens like this:

I think that the working class hero, fighting against all odds, should be recognized, celebrated and appreciated  for overcoming all this adversity…

Because the reality of life is that we can’t all be rock stars or brain surgeons or rocket scientists, but we can all at least try to be, in our own ways, working class heroes!