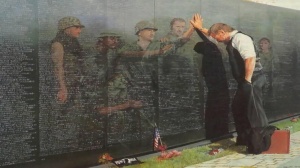 Today is Memorial Day, a day set aside to honor all of the fallen soldiers who have died defending our country throughout it’s history…We have all probably lost loved ones to some war at some time, since war seems to always be with us, but there can be no greater sacrifice than laying down your life for your country in combat….(This is basically a reprint of last year’s blog, in memoriam.)

There will be marches and parades and ceremonies all over the country today memorializing those who died in the service of their country. But be it in WWII, Korea, Vietnam, Iraq, Iran, Afghanistan or wherever American soldiers have made the ultimate sacrifice, this is their special day….

According to my Google sources: Memorial Day is a federal holiday in the United States for “remembering the people who died while serving in the country’s armed forces. The holiday, which is observed every year on the last Monday of May, originated as Decoration Day after the American Civil War in 1868, when the Grand Army of the Republic, an organization of Union veterans — established it as a time for the nation to decorate the graves of the war dead with flowers.

By the 20th century, competing Union and Confederate holiday traditions, celebrated on different days, had merged, and Memorial Day eventually extended to honor all Americans who died while in the military service. It typically marks the start of the summer vacation season, while Labor Day marks its end.”

I have my own personal story to relate…My favorite cousin, Danny, served in Vietnam…Every day of his tour there as a US soldier, he volunteered to go “on point” on the various patrols his unit was engaged in…Going “on point” basically meant that you were the first soldier to lead your unit through hostile territory on the patrol, seeking out and searching for enemy positions and hence the most likely to first encounter the enemy….It was a very dangerous task, and most soldiers were reluctant to volunteer for it…

Danny reasoned that somebody had to do it, and he trusted in fate to see him through, and it did, he never once received a scratch while on point, the most dangerous duty a foot soldier in Vietnam could perform…. Although ironically, the war did claim him after all… He died of malaria he contracted in Vietnam a few short years after he returned unscathed from the war itself…

So I am sure we all have our own personal tales of friends and relatives who fought and died in foreign wars, fathers, grandfathers, uncles, cousins, and countless friends and contemporaries…In fact, almost all of us baby boomers had fathers who served in WW II, both in the European and Pacific theaters of war….These are the men that Tom Brokaw immortalized in his book, “The Greatest Generation”…..

An ex soldier named Brett McKay expounded on Brokaw’s theme when he wrote “But there may never have been a generation when the ratio of honorable men to slackers was higher than the one born between 1914 and 1929. These were the men that grew up during the Great Depression. They’re the men who went off to fight in the Big One.

And they’re the men who came home from that war and built the nations of the Western world into economic powerhouses. They knew the meaning of sacrifice, both in terms of material possessions and of real blood, sweat, and tears. They were humble men who never bragged about what they had done or been through. They were loyal, patriotic, and level-headed. They were our Greatest Generation.”

I think that WWII will forever be remembered as the last “good” war, when the forces of good and evil were so clearly defined; with the lunatic fringe of Hitler’s Nazi’s and the calculated Japanese sneak attack on Pearl Harbor plunging Fortress America into a war it neither expected nor desired…

But it was like getting jumped on the street, you had to fight back to survive, and every human being will fight to preserve his own life or family, simply out of self defense, it is an innate human defense survival mechanism, without which we could not have survived throughout the ages…

I am not defending war, but sometimes it seems it is thrust upon us and we have no choice but to fight back, and that seems to have been most obvious in WWII…The other wars that followed, the Korean war, Vietnam, the Iraq and the whole middle eastern set of wars still going on  have been assailed by many as politically motivated, and not a clear case of self defense….The terrorist threat has increased, and the recent North Korean nuclear brinkmanship is real and scary. 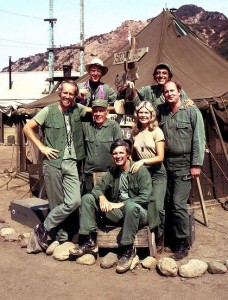 This does not lessen the tragedy, heartbreak, and human toll on the soldiers who fought and are still fighting in these wars, and especially on their families at home…. Memorial Day in this country is for ALL the soldiers who died in the service of America, and for all of them and their families we should give thanks, honor, and respect…It is often said “Old men make wars, and young men fight and die in them”….

Anyway that is the real meaning of Memorial Day, so give a few moments out of your busy 3 day weekend of barbecues and fishing trips and travel excursions and family get togethers to at least reflect on the ultimate sacrifice these military men, mostly all young men and women, who were cut down in the flower of their youth serving their country, our country, America…. 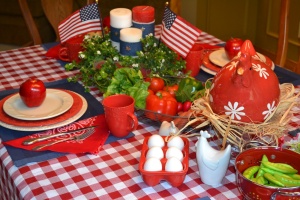 Remember they were doing it for us, they died or were wounded in action with hostile forces to defend our way of life, to preserve our heritage, our traditions….In truth, many of them did not want to do it but did it anyway, and that is a measure of their courage and sacrifice that should be remembered and honored in this one day of the year set aside for their memories, Memorial Day….

War is horrible, it is ugly and destructive and negative and ultimately self perpetuating, an endless round of attacks and retaliations, and we can only hope that one day everybody, especially ALL of the world leaders will come to their senses and recognize this basic fact….Until then we can only honor our fallen soldiers, whoever and wherever they made the ultimate sacrifice on this, their special day…

It reminds me of Peter Seeger’s hauntingly beautiful folk song” “Where Have All The Flowers Gone?”

Where indeed? And for what, and for why? As the Who sang: “All the Banners Still Flew in the Next War” Those who do not remember the past are doomed to repeat it; so today, let us all take a moment to remember!