I wrote a blog yesterday about the Roman baths, and the high degree of cleanliness the average Roman, rich and poor, enjoyed every day….Unfortunately, this healthy, hygienic cleanliness did not extend to my northern European ancestors, for a variety of reasons….The contrast is striking and startling….

I always thought it had something to do with the much colder weather in northern Europe, and the fear of people getting pneumonia, but while researching the Roman baths story I found the blame could be more squarely placed on the teachings and doctrines of the medieval church! It was the direct influence and mandates of the Christian church which led to the filthy habits of most Northern Europeans!

According to my Google sources “Before the Middle Ages, public baths were very common, as was the general public regularly taking time to bathe in one way or another. Even during the 4th and 5th centuries, Christian authorities allowed people to bathe for cleanliness and health, but condemned attendance to public bath houses for pleasure and condemned women going to bath houses that had mixed facilities. 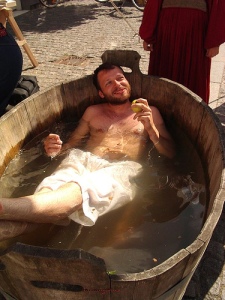 However, over time, more and more restrictions appeared. Eventually, Christians were prohibited from bathing naked and, overall, the church began to not approve an “excessive” indulgence in the habit of bathing. This culminated in the Medieval church authorities proclaiming that public bathing led to immorality, promiscuous sex, and diseases.

This latter “disease” point was very common; it was believed in many parts of Europe that water could carry disease into the body through the pores in the skin. According to one medical treaty of the 16th century, “Water baths warm the body, but weaken the organism and widen pores. That’s why they can be dangerous and cause different diseases, even death.”

It wasn’t just diseases from the water itself they were worried about. They also felt that with the pores widened after a bath, this resulted in infections of the air having easier access to the body. Hence, bathing became connected with spread of diseases, not just immorality.

For most lower class citizens, particularly men, this resulted in them completely forgoing bathing. During this time, people tended to restrict their hygienic arrangements to just washing hands, parts of the face, and rinsing their mouths. Washing one’s entire face was thought to be dangerous as it was believed to cause catarrh and weaken the eyesight, so even this was infrequent.

Members of the upper classes, on the other hand, rather than completely forgo bathing, tended to cut down their full body bathing habits down to around a few times per year, striking a balance between risk of acquiring a disease from the bath vs. body stench.

This wasn’t always the case though. As one Russian ambassador to France noted “His Majesty [Louis XIV] stunk like a wild animal.” Russians were not so finicky about bathing and tended to bathe fairly regularly, relatively speaking, generally at least once a month. Because of this, they were considered perverts by many Europeans!

King Louis XIV stench came from the fact that his physicians advised him to bathe as infrequently as possible to maintain good health. He also stated he found the act of bathing disturbing. Because of this, he is said to have only bathed twice in his lifetime! Another in this “gruesome two-some” class among the aristocracy was Queen Isabel I of Spain who once confessed that she had taken a bath only twice in her lifetime, when she was first born and when she got married. 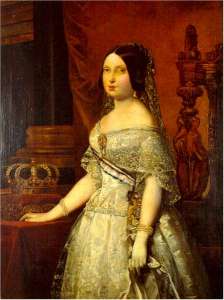 To get around the water/disease and sinful nature of bathing, many aristocrats during the Middle Ages replaced bathing with scented rags to rub the body and heavy use of perfumes to mask their stench. Men wore small bags with fragrant herbs between the shirt and waistcoat, while women used fragrant powders. Amazingly, this complete lack of personal hygiene in most of Europe lingered until around the mid-19th century…

In the Middle Ages, the average human life expectancy did not reach into the teen years, not only because of the extremely high infant and maternal mortality that heavily skewed the data, but also because Europeans (and much of the world during this time) lived in an unhealthy milieu of filth, poor hygiene, and nearly non-existent sanitation. Superstition and ignorance, along with pestilential diseases and vermin infestation, were rampant. Epidemic and endemic diseases such as the bubonic (black) plague, typhus, various (smallpox), and the White Death of tuberculosis (consumption) took a heavy toll on the population, both young and old. 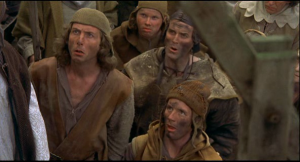 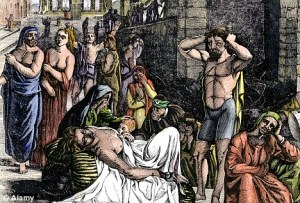 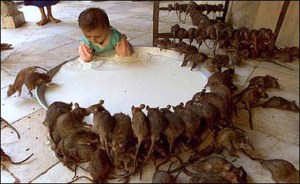 During the Middle Ages until the mid-nineteenth century cleanliness was just not a priority. The streets in those days were dumping grounds for refuse, and domestic animals including hogs roamed the streets. According to medical historian Howard W. Haggard: “Refuse from the table was thrown on the floor to be eaten by the dog and cat or to rot among the rushes and draw swarms of flies from the table….

There was little improvement in this dire, unhealthy milieu until the mid- to late nineteenth century when the advances of the Industrial Revolution and the discovery of the germ theory of disease brought about public health measures that, building upon the importance of good hygiene and sanitation, finally culminated in the rise of the scientific era of medicine. 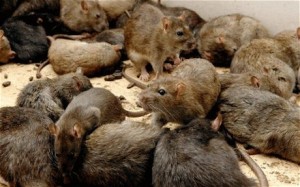 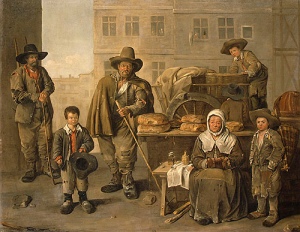 The industrial revolution, brought a raised standard of living, with higher wages, improved nutrition, cheap soap, and inexpensive cotton clothing. Cotton clothing, unlike the louse-ridden woolens worn in the past, could be and had to be washed, thus dispossessing lice and helping to end typhus epidemics. By 1900, improved nutrition, better sanitation, and, especially, contributions from bacteriologists increased life expectancy at birth by almost six years (to age 47.3).

Of particular importance in medical history, puerperal fever (death from childbirth) was one of those diseases that intrigued and baffled doctors in the nineteenth century. The disease was conquered when obstetricians began washing their hands between deliveries. Puerperal fever was eradicated with cleanliness. Likewise, surgical mortality became acceptable when surgeons began washing their hands and using antiseptic techniques as urged by Dr. Joseph Lister. The scientific tenets of bacteriology and microbiology introduced by Louis Pasteur were finally being applied to obstetrics, medicine and surgery. 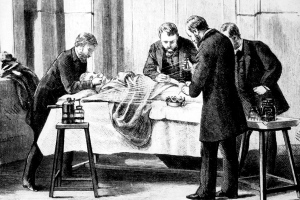 Maternal mortality, a dreaded and common complication of pregnancy throughout the ages, was all but conquered in the West in the twentieth century by a three-pronged attack of public health, particularly the efforts at better hygiene and sanitation; improved obstetrical care, and the use of antibiotics. The period between 1930 and 1940 saw a sharply rising curve in longevity rates thanks to the widespread usage of antibiotics and the much improved standards in cleanliness, hygiene, and sanitation.

Thereafter, further reductions in maternal and infant mortality were to a significant degree responsible for the tremendous rise in life expectancy. With the conquest of such diseases and scourges of humanity as syphilis, pneumonia, diphtheria, typhoid fever, typhus, and earlier in the century, the old consumptive killer, tuberculosis — life expectancy climbed from 59.7 years in 1930 to 74.9 years by 1987.”

So the next time you romanticize about medieval times and the gallant knights and courtly ladies, remember there was a reason that the ladies covered their mouths with scented cloths and the men wore perfume while they ate dinner…I guess you can get used to anything, but the average person today is a thousand times cleaner, healthier and has a far longer life expectancy than even the wealthiest member of the nobility of the middle ages…

And the primary reason was the prurient obsession of the Church in their haste to stop promiscuity…When will the authorities ever learn: You just can’t legislate morality!

For more information on this topic, see http://www.today:ifound out.com/Why bathing was uncommon in medieval Europe and http://www.haciendapub.com/…/medical-history-hygiene-and-sanitation

For more articles by John Whye, click on http://www.johnwhye.com@wordpress.com