You must have noticed it by now, everybody has, especially if you just returned from a glorious 3 day Labor Day holiday weekend…The cost of gasoline to fuel our cars is way down, the average cost of gasoline in the United States is down to $2.05/gallon! This is the lowest gas has cost since 2009! This should be a cause for celebration, it’s like it’s almost too good to be true!

Whoops! There it is! It IS too good to be true! Oil prices per barrel have been spiraling downward since 2014….According to a recent article in Time Magazine, over the past year the price for a barrel of oil has plummeted from $107 a barrel last June to approximately $50 a barrel right now, in 2015…This might not be the sexiest topic in the world to think about, but the world wide ramifications of the scheming of the world wide oil barons, most definitely including our home grown, flag waving, right wing oil entrepreneurs and their shady manipulations will eventually reach out and touch every American, perhaps fatally…. 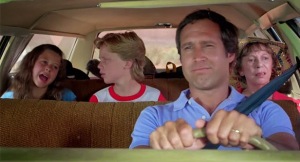 “At first look, this seems like the proverbial free lunch for American consumers. The decline in prices is the equivalent of a $125 billion tax cut. And it’s effectively a progressive one, since the biggest beneficiaries will be working- and middle-class people who spend a disproportionate amount of their income on gas for their cars and heating fuel for their homes. American households with oil heat could save $767 each this winter. That cash can now be spent on a new car—or a washing machine, an electronic gadget, clothes or a few dinners out. That should boost spending, and thus boost job creation, in a broad array of industries”…

If only it were that simple and straightforward! The cost of cheap oil is now, more than ever, subject to the whims and manipulations of the world wide market….According to Time magazine, “ China is now the world’s second largest economy and it’s most voracious energy consumer-and it’s economic slowdown has dented oil demand, thus spooking Wall street, since so many American businesses depend on sales in the Chinese market….

Plunging world wide oil prices are pressuring the American shale-oil and gas producers responsible for the domestic energy boom…Shale oil is relatively expensive to get out of the ground, around $70 a barrel to be economical, and so already a lot of future shale oil production is being slashed…The Manhattan Institute, a conservative New York-based think tank, has estimated that as many as 10 million jobs in the US and $400 billion in annual economic wealth, depend in some way on the shale oil boom”……And so we continue to buy gas guzzler cars and play into the hands of the oil industry…

Now the low prices of oil on the international market are directly affecting the home grown shale oil production here at home, especially in states like Texas, long the home base for oil speculators and robber barons to gouge the average American by manipulating supply and demand… But now the relatively much cheaper price of international oil is slashing the demand for domestic oil, so much so that for the first time,there is talk of EXPORTING American oil to foreign markets to make money!

Think about that one for a minute people….These shady American oil barons want to increase drilling, refining and eventually exporting American oil directly into the world wide market to ensure themselves a continuous inflow of cash…They sanctimoniously say it is for the good of America and all the jobs it will create and sustain right here at home, but rest assured it will do the most good for themselves! And the environment be damned! 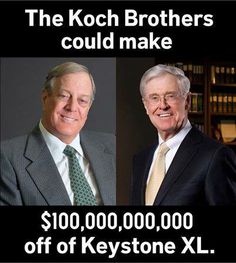 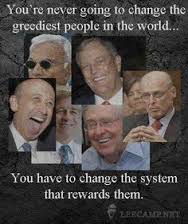 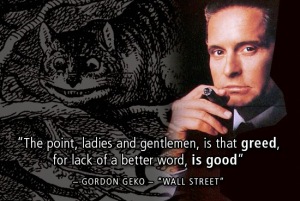 This short sighted greedy approach is in direct conflict with environmentalists who wish to limit drilling and exploitation of American shale and offshore oil fields to protect our fragile ecostructure…..According to my Google sources: “In January 2015 the federal government announced it is considering opening up the Southeast Coast to offshore  oil and gas drilling. The Department of the Interior’s draft 2017-2022 plan would make the Mid- and South Atlantic coasts available to oil and gas leasing, which has not happened in over 30 years. This move is a significant shift in federal policy and would jeopardize the communities, jobs, and beloved beaches that are the very heart of our coastal states.

The Department of the Interior’s draft 2017-2022 plan would make the Mid- and South Atlantic coasts available to oil and gas leasing, which has not happened in over 30 years. This move is a significant shift in federal policy and would jeopardize the communities, jobs, and beloved beaches that are the very heart of our coastal states.

The beautiful and biologically rich coastal areas off Virginia, North Carolina, South Carolina, Georgia, and our Gulf Coast feature some of the most productive estuaries in the country….Our coasts attract millions of tourists, anglers, and other visitors each year and provide important breeding and feeding habitat for rare migratory birds, turtles, and whales.

Tourism and fishing—both commercial and recreational—are the economic backbone of hundreds of communities along our coasts. In 2008 alone,the four Atlantic states yielded $262.8 million in commercial fish landings…..The environmental impacts of offshore drilling and its accompanying infrastructure and refineries onshore were well known even before the Gulf disaster. Ocean rigs routinely spill and leak oil—and sometimes blow out. Chemicals used to operate oil and gas wells also pollute the marine environment.

Moreover, oil spills and other contamination from onshore refineries, pipelines, and associated infrastructure would spoil valuable wetland and marsh ecosystems that provide multiple benefits for Southern communities, including flood control and protection from storms, clean water, and essential habitat for fisheries that sustain our economies and cultures.”

Besides this direct threat to the Southeast, the greedy oil barons are pursuing a multi pronged attack on such diverse places as the Arctic, North Dakota, South Dakota, Montana, Pennsylvania and West Virginia… The environmental effect of offshore oil drilling on marine life such as whales in the Arctic and the whole delicate balance of worldwide oceanic ecosystems is being brushed aside as unimportant; we have already seen the drastic effects of the global warming due to our reliance on fossil fuels is causing the melting of the Arctic ice shelf and the polar bears habitat… 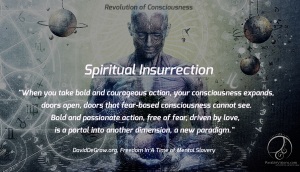 There is an old saying: “Pay me now, or pay me later.” Don’t get sucked into the oil barons greedy continued exploitation of our country’s natural resources, for the obscene point of exporting oil to make even more money! The time has come to stand up and be counted among the sane people who want to preserve our environment, cut and eventually eliminate our dependence on ALL fossil fuels, stopping the pollution of greenhouse gases before we all choke to death or die from global warming and switch over to alternative energy sources…

The time is NOW, and NOW is the time!

For more articles by John Whye, click on johnwhye@wordpress.com.