I just couldn’t help myself, today is the actual Labor Day, Monday, September 7, 2015 and I just had to make it a beach day again! I took lots of pictures myself today, and I am going to post a bunch of them on face book for my friends to see…I wish I was smart enough to transfer all the pictures and the 10 minute video of beach day  I personally recorded directly into this blog, but I am tragically unhip and that technological know how is beyond me at this point in time…..

Today was not quite as warm as Sunday, when it was 80 degrees out, but it was at least 75 degrees and the surprisingly large crowds were soaking up every ray of sun they could…And what a vast panoply of sights and sounds to see, the crashing waves pounding the beach, depositing more and more sea shells and rocks, the delighted squeals of little kids running around, building sandcastles, chasing each other, dogs running free everywhere, surfers in all stages of getting ready to enter the water or cruising in on a suitable wave,the rhythm of the waves endless, ceaseless, unstoppable…

And a new experience for me, the hugest, and something new and of interest to me, was the introduction of the most colorful collection of tents and half tents i have ever seen, literally stretching for miles as I tried to soak in every minute of the experience of beach day! These tents and half tens provide both shade and a home base for the various family and friends grouping, and they were just everywhere! 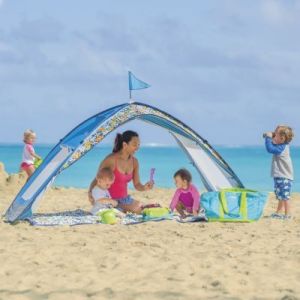 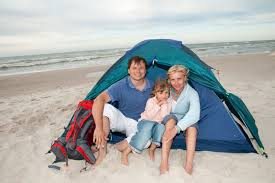 These tents stretched out along the entire length of the beach as far as the eye could see, and they were a riotous, kaleidoscopic collection that really seemed to energize the whole beach…Like I said, they served as home base for almost every family  group, the repository for food, drinks, sun screen, and all the usual paraphernalia of beach day, shovels, buckets and molds to make the very best sand castles…

I did not hear any music on the beach, like in days gone by, because these days everybody has their own private headsets to listen to music, so that was kind of strange, but there was the constant roar of the surf in my ears and the constant barking of dogs, free and frisky, racing all over the beach, chasing frisbees, tennis balls and just plain sticks…..

There were of course tons of the traditional tents and beach umbrellas and blankets laid out as well, and the constant yelling of the kids as they raced around, intent on their own individual pursuits, lost in their own little worlds was a colorful, incessant background noise as I strolled and roamed the beach from one end to the other….Every little area of sand was marked off by family groups, depending on where they had parked on the streets above the beach, because at Ocean Beach the beach literally stretches for miles….It is one of the most beautiful parts of the whole city, and today because of the holiday it seemed like the whole city was out there to enjoy it! 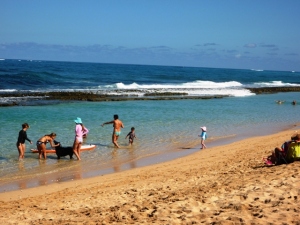 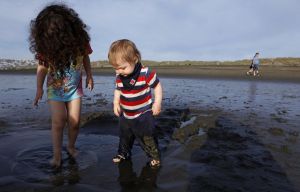 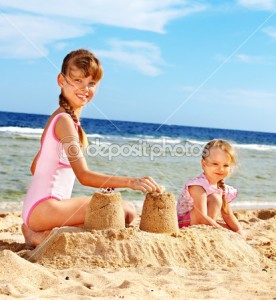 Not surprisingly, everybody was in a good mood…I did not see anybody arguing, fighting or freaking out, everybody was intent on sharing the good vibes of a great day on the last official beach day of the summer, the Labor day weekend was drawing to a close and these folks all knew that tomorrow they would be back in their cubicles, sitting behind their desks, and they seemed to want to delay the inevitability of that other reality for as long as they could…

Today was beach day, and everybody was intent on savoring every last drop of it, maximizing their time with their families, taking the family dog out for a romp in the sand and surf, letting their kids experience the other, fun side of their parents instead of the rushed and harried work world/school day version they were all too used to seeing every day….

And the parents were loving it too, like I said, all i saw were smiling happy faces, and it seemed like one of those incandescent, shimmering mirages of a day that was just perfect, and would live on in memory, and be the kind of day other vacation days were measured against..It was magical, mystical, tribal and communal, all at once, and everybody was grooving off the good vibes that were in ample, abundant display…. 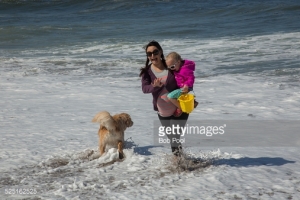 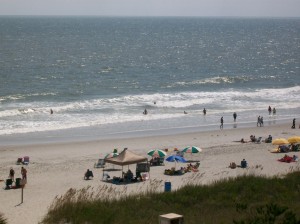 And like I said, I have never seen so many friendly dogs running off their pent up energy and feeding off the positive, happy vibes of the crowds like I did today…There were almost as many dogs as kids, it seems, and often there were so many combinations of the two it was hard to tell who was having the most fun, the dogs, the kids or the parents…My guess: all three groups….It was a glorious day!

For more articles by John Whye, click on johnwhye@wordpress.com