What is up with the Republican war on women? Every time I pick up a newspaper or check out the media online, I see yet another of the 16 purported Republican candidates for the nomination for the Republican Presidential bid making another asinine, unbelievable attack on women! I am basically not a political person, but enough is enough! It is like they are trying to roll the clock back to where the women did not even have the vote at all, like before the woman’s suffrage movement ever succeeded in obtaining the vote!…Don’t they have mothers, sisters, daughters, any women they love besides their trophy wives who married them for their money?

They are all 99% old white men, all rich men in their own right but they are also having their campaign contributions fueled by noted extremists like the far right wing extremist Koch brothers, who are to the right of Hitler as far as women’s right go…These mad men of the ultra conservative right wing, these extremists are attacking Planned Parenthood and all rights of any woman anywhere to get an abortion, even in such extreme cases where the women is a victim of rape or incest! In what world, what alternate universe, does this make any sense at all? How DARE they presume to sit in judgment on anybody at all? 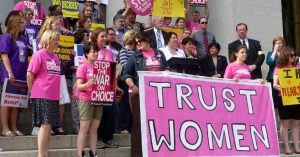 Especially when they are all corporate criminals, tax evaders and ruthless, heartless, soul less jackasses themselves, all born with a silver spoon in their mouth? As if their inherited wealth is some God given right to presume to judge other people! They should be lucky they are even allowed to keep their obscene wealth, let alone flaunt it and slap and bully women, poor people and others not descended from the original robber barons…In a just world, since they have so much money, they should be taxed at least half their yearly income to fix what is wrong with America, starting with themselves…

How can this be happening? Are we as Americans so apathetic not to care, so stupid not to fight back? It is like they are as radical as the fundamentalist Muslim mullahs they allegedly oppose politically who blame the women for getting raped in the first place, and then these Muslim fanatics often kill the women and let their attackers go free! They are trying to repeal the woman’s rights to an abortion, from Google sources: “January 22, 1973 – The U.S Supreme Court, in a 7-2 decision…. affirms the legality of a woman’s right to have an abortion under the Fourteenth amendment to the Constitution.”

These arrogant, insolent super rich autocratic plutocrats not only think they are above the Supreme Court and the law of the land, but also think they have the right, because of their money, to do so! But do they back up their sanctimonious hypocrisy with any guarantees to care for all these unwanted, unloved children they are trying to force into the world, instead of letting each individual woman exercise her right to free choice? No of course not, they are too full of themselves and are too busy pandering and exploiting the conservative lunatic fringe in the fundamentalist American religious right…

I am an independent conservative myself, but these super rich fascists are not even Americans! If these people were around in 1776 they would have been Tories and supported the King of England and we would all be speaking English today!

They are trying to hijack the entire democratic principles on which this country was founded and twist and subvert the laws to match their antiquated, tunnel vision view of reality…They are traitors to America, they are disloyal to the principles of independence the founding fathers laid down and made clear in the Declaration of Independence and the Constitution and the Bill of Rights and the subsequent amendments, like the 14th amendment guarantee of privacy…

Let’s examine some of their most outrageous recent pronouncements, I will quote them so that any objective reader can see they are hanging themselves by their own hand…According to my Google sources: For instance, the most obvious example was Wisconsin Governor Scott Walker, who when asked “You recently signed an abortion law in Wisconsin that does have an exception for the mother’s life,” “but you’re on the record as having objected to it. Would you really let a mother die rather than have an abortion, and with 83% of the American public in favor of a life exception, are you too out of the mainstream on this issue to win the general election?”

Walker replied “I believe that that is an unborn child that’s in need of protection out there, and I’ve said many a time that that unborn child can be protected, and there are many other alternatives that can also protect the life of that mother.” It’s is almost impossible to overstate how radical and indefensible Walker’s position is. His argument that there are “alternatives” to abortion when a pregnancy is life-threatening is pure gibberish.

The draconian bans common in the period before the supreme court’s 1973 decision in Roe v Wade almost always included an exemption for the life of the mother. (The Texas statute at issue in the case did.) Even Catholic doctrine makes an exception for the life of the mother. Walker’s position is massively unpopular, and for good reason: the idea that a woman should be coerced by the state to carry a pregnancy to term even at the risk of her life is the purest barbarism.”

Or how about former Arkansas governor Mike Huckabee, another Republican presidential candidate: “ His over-the-top-all-the-time approach has definitely extended to reproductive rights – “In late July, he mused about sending federal troops to stop women from having abortions”….Talk about a war against women!

Or how about Marco Rubio, the junior Senator from Florida, whose comment that life “Begins at conception” drew massive opposition… It’s worth noting that this position puts him far to the right of justices Antonio Scalia and Clarence Thomas, who have held that while the Constitution does not protect a woman’s right to choose, it does not make a fetus a legal person. This theory also repudiates the classic Republican evasion the argument that they wish to overrule Roe v Wade merely to “send the issue back to the states.” 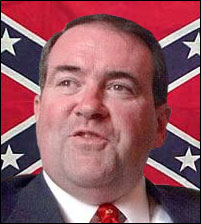 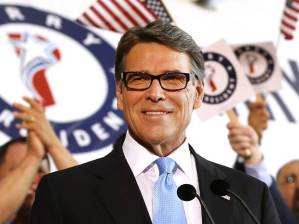 Opponents of reproductive freedom, especially in the reddest states, are no longer satisfied with merely making abortion less accessible (especially for poor and rural women). They want it all. Some of the front runner Republicans are explicit about wanting women to have even fewer reproductive rights than 19th-century American women did.

American women, then, face a stark choice. Two of the front runners would seek to extinguish a woman’s right to choose entirely. If Scott Walker had his way, women who get pregnant would potentially face a state-imposed death sentence. Given that the next president could be in a position to replace Supreme Court justices Ruth Bader Ginsburg and Stephen Breyer – two of the members of the razor-thin five-vote majority supporting Roe vs Wade – Americans who don’t want to return women to the reproductive dark ages should vote accordingly come November.

The choice has never been clearer, the stakes never so high….This is just a small sampling of the GOP Presidential aspirants and some of their most egregious comments….It is clear that the Republicans HAVE declared war on women….

If you love your mothers, your wives or girl friends, your sisters, your daughters, just say NO to the Republican war on women! VOTE AGAINST the Republican hate monger politicians, the billionaires who bankroll them, and the right wing conspiracy to move America back in time! What’s next, repeal of the Emancipation Proclamation?